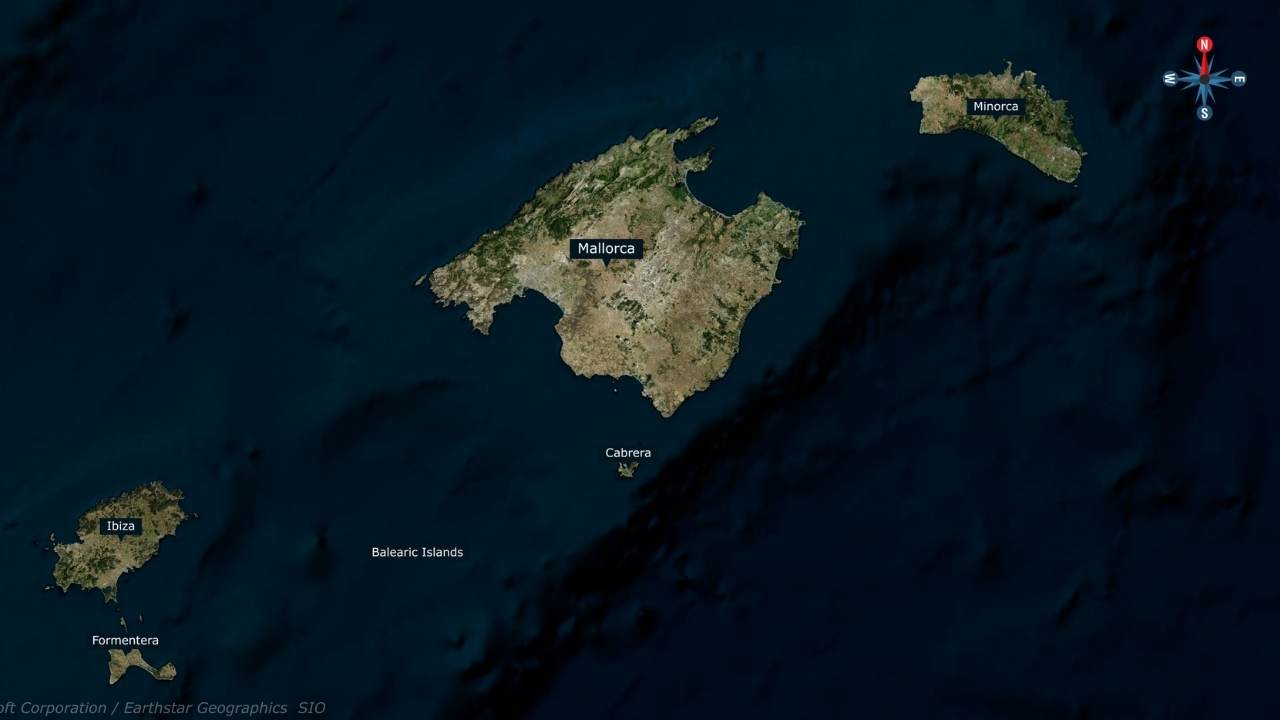 Formed by five main islands, several islets, with hundreds of anchorages and dozen marinas, the Balearic Islands are a gem in the Mediterranean sea. All islands offer you different yet beautiful scenarios, with their characteristic calas (coves), and sometimes almost untouched, dramatic landscapes.

With all they have to offer, these Islands are some of the most attractive cruising grounds in the western Mediterranean.

The weather pattern is impacted by several different systems and sometimes unpredictable, rapidly changing and being quite different even in places apart by a short distance. Winds are more frequent to blow from the west (Vendaval), northwest (Tramontana), north and east (Levante), though considerably altered by the effects of local topography.

Swell can affect the Balearic Islands, particularly the cala anchorages, from any direction though it never reaches the size of an ocean swell.

You can start exploring the Balearic Islands in Mallorca, the biggest island of the Balearic, with several beautiful anchorages you’ll definitely love!

There’s several species – particularly gulls – that are rarely seen elsewhere other than in these islands. Remember to look up to the skies for these when in the Balearic!

The Balearic are known by their calas, which are usually coves or small beaches surrounded by rocks or mountains. Some of these are also quite good for snorkeling.

Most frequently blow from the west, northwest, N and E but are considerably altered bt the effects of local topography. Close to the coast normal sea and land breezes are experienced on calm days.

Along the costa Brava, NW N or NE winds are most common, especially in winter, though winds from other directions frequently occur.

Rarely reaching ocean swell sizes, it can affect the Balearic from any difections, in particular the cala anchorages.

Alghero is a city on the northwest coast of Sardin

Some pics from our visit in Koh Mak island, Koh Ch

Day 1 from our sail in ko Chang, Thailand. Discove

A million thanks 🙏🏽 for sticking with us in

Bonifacio is one of the most attractive places to

Our sailing ⛵️ vacation for this season comes